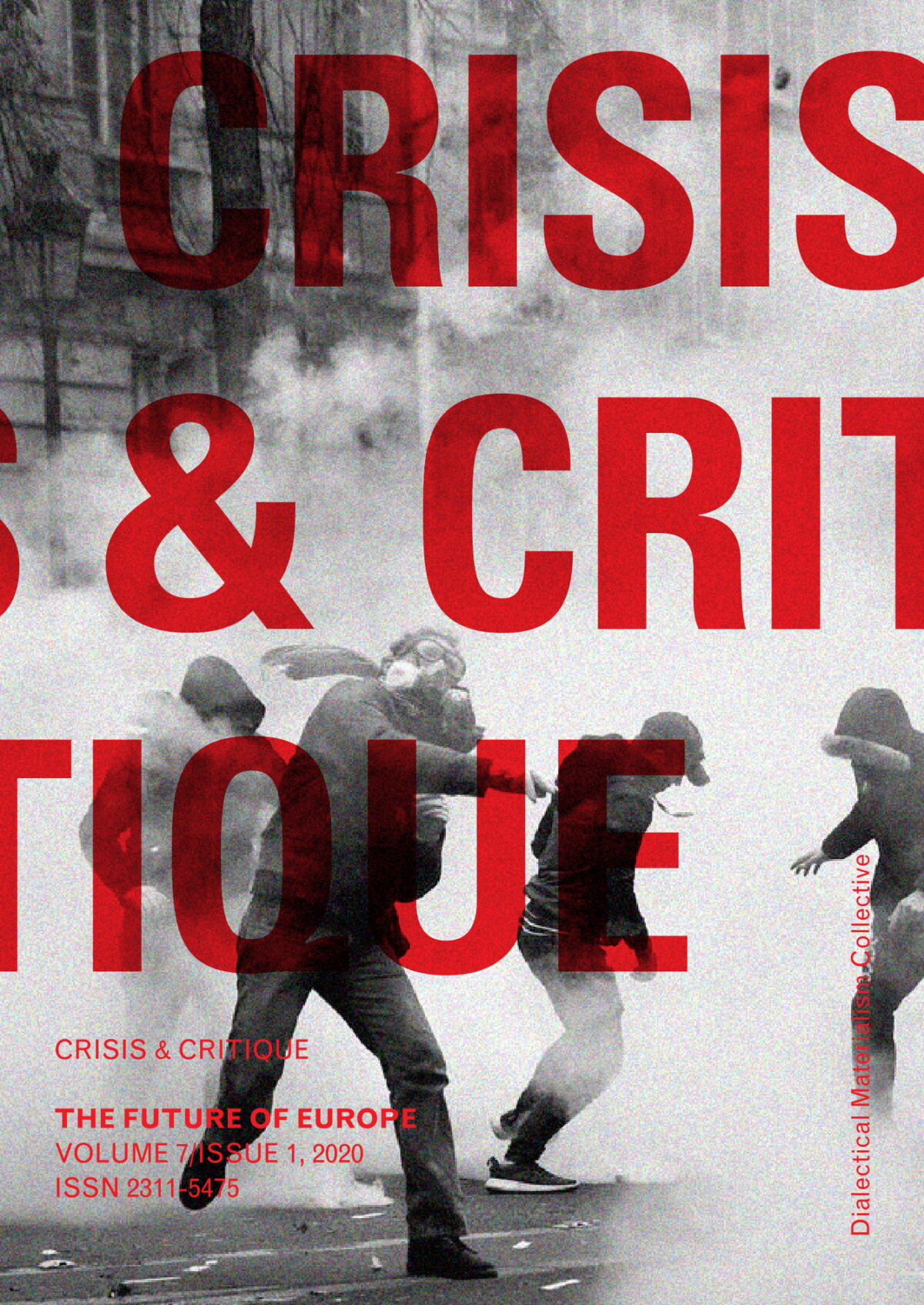 I recently contributed to a special issue of Crisis and Critique on the future of Europe. The questions, as posed by editors Frank Ruda and Agon Hamza, revolved around the role of crisis in Europe: is it permanent? Is it worsening? Have we become complacent living within a state of permanent crisis? In the text I approach some perspectives on the philosophy of peace and war, trying to work out the role of diplomacy in the conservation of the modern nation state. The full text is available here and includes interesting contributions from, among others, Slavoj Žižek, Wolfgang Streeck, and Judith Balso.