In a new article in Swedish in the philosophy journal Res Cogitans, I take on the question concerning the relationship between language and reality in Barbara Cassin’s philosophistry. More specifically, I am focusing on her interpretation of Jacques Lacans reading of Democritus atomism and heridea that the atom and the void are sophistic creations which, at the same time, follows and avoid the logic of language. In the text I am attempting to approach Cassin’s reading of Democritus den in the light of Lacan’s and Hegel’s respective understanding of ancient atomism. The article touches upon the identifiable differences between the kind of Materialism that the three thinkers have identified in Democritus theories and how these Materialisms depicts the relation between the real and language/discourse. Focus is her on the understanding of den, the Greek word which neither signifies something nor nothing, invented by Democritus both with and against the grammar of ancient Greek. In the end, the text proposes a reading of den that highlights its role as, at the same time, remainder and initial lack. 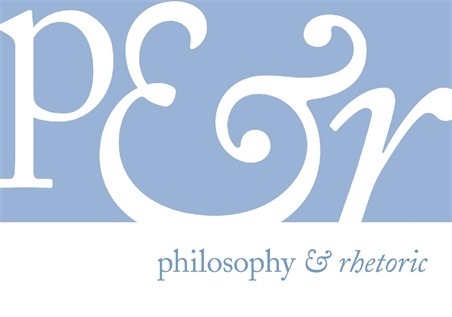 Recently I published the article “Slavoj Žižek and Dialectical Sophistics: On the Relationship between Dialectical Philosophy and Philosophical Rhetoric” in the journal Philosophy & Rhetoric. The article constitutes an attempt to approach the problem of so-called post-truth (and the critique against rhetoric that comes with this concept) through a reading of the problem of the sophist in the works of Barbara Cassin and Alain Badiou. The starting point is Slavoj Žižek’s depiction of the ongoing debate between Badiou and Cassin as stained by sexual difference, allowing for an attempt to develop a way out of the dead-end of post-truth through the disavowed truth that sustains the antagonism between philosophy and sophistry.