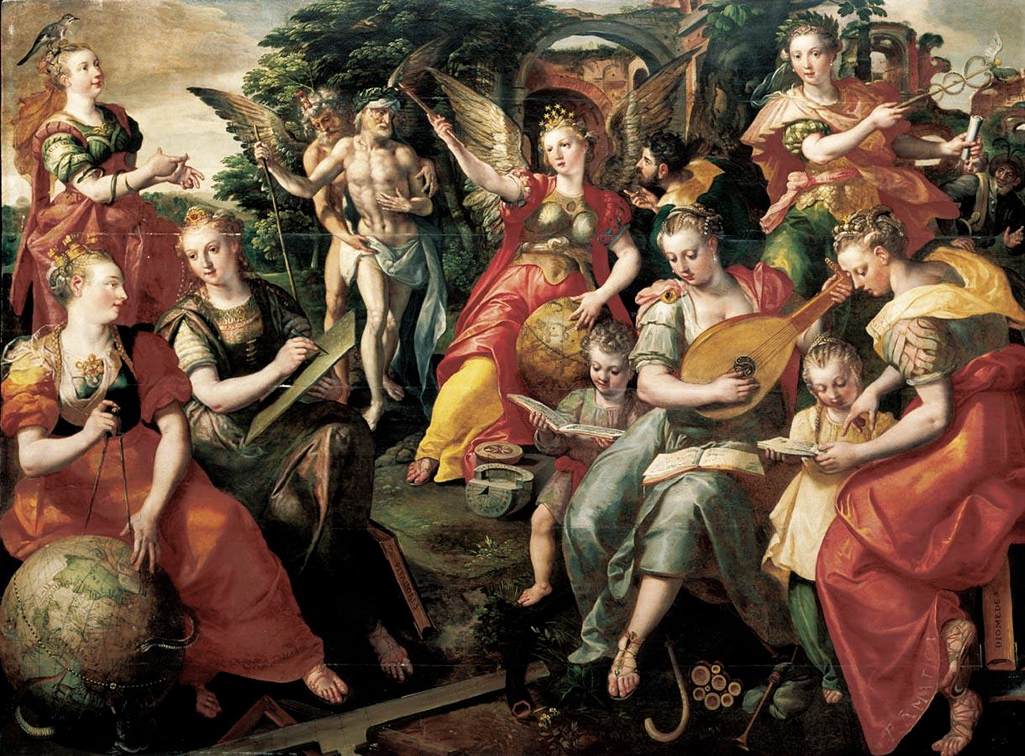 Etymologically, the word rhetoric finds its origins in ancient Greek, where rhêtorikê was fashioned out of earlier words such as rhêtôr (speaker) and rêma (what is said/a word). Today, it is common to think of rhetoric as the art of eloquence or the art of persuasion, meaning that this discipline offers a collection of rules and tricks destined to fashion beautiful and persuasive speeches for all occasions. In Plato’s dialogue Gorgias, the oldest surviving text making use of the concept of rhetoric, the sophist Gorgias also claims that rhetoric teaches us the “ability to persuade”. With such an understanding of rhetoric, it is easy to think that research within Rhetorical Studies is focused on evaluating speeches (whether or not the speaker has spoken eloquently or convincingly) in order to sharpen our persuasive tools. Already Plato’s disciple Aristotle did, however, point to the problems attached to any definition of rhetoric which characterizes it as the art of persuasion. When comparing it to for instance the art of painting, which teaches us how to mix colors and achieve certain effects on the canvas, or the art of construction, offering rules on how to for instance build a sturdy foundation for a house, the art of rhetoric is not capable of offering rules that would promise a certain outcome, since every speech situation is singular. What is convincing to someone at a certain point in time might not be convincing even to that same person when we find ourselves in another situation. Here, the point is that although the building of a house or the drawing of a painting might be affected by situational circumstances, the physical world still offers a higher degree of regularity offering itself up to the formulation of stable rules that might produce a similar outcome.

Not the art of persuasion?

To solve this issue, that an art of persuasion is incapable of formulating rules that would guarantee a certain effect as long as the user follows them, Aristotle offered another definition of rhetoric. To him, rhetoric became the capacity to consider that which aims at persuading in a specific situation. The Greek verb that is rendered as “to consider”, theôrêsai, is connected to the word theory, implying that for Aristotle, rhetoric was not to be considered as the theory of how a speaker should persuade, but one explaining how speakers attempt to persuade an audience. When Aristotle wrote about ethos, pathos and logos, he was, therefore, offering a theoretical description of how the speakers at the agora, at court, and at the feast, tried to persuade their audiences through the use of their character, through transforming the passions of the listeners, and through the available words, tropes, and arguments, rather than offering us a collection of rules on how we should persuade in the future. Although rhetoric, since Aristotle’s time, has to a large degree been used as an art of speaking persuasively or eloquently, his limitation of rhetoric has had a great influence on how modern research in the discipline is conducted, wherein focus primarily is on trying to understand existing communication rather than prescribing how a message should be formulated in the future. This does not necessarily mean that rhetoric cannot be used as an aid when producing new persuasive messages, but it is important to acknowledge the field and limitations of rhetoric, which is why definitions such as “the art of speaking well” or “the art of persuasion” might appear misleading.

What Can Rhetoric Do?

But why are Rhetorical Studies then necessary? Are we not already aware of what we are saying, as well as why and how we are saying it? For a rhetorician, the answer to that question is no. Even though the reasons for this ‘no’ might vary, both historically and between different theoretical strands, returning to Aristotle might offer us one reason to why this is the case. In On Sophistical Refutations, Aristotle pointed out a certain inherent ambiguity and equivocity in language which is derived from the fact that the things in the world far outnumber the amount of words we have to designate them. This means that the same word must be used to designate more than one thing. And since the function of words, at least according to Aristotle, is to allow us to speak about things even when they are not physically present, the lack of words and the abundance of things creates a situation where misunderstandings concerning the object we are speaking about might occur. But, what was of even greater importance, at least in Aristotle’s opinion, was that these ambiguities could be used by those of a sophistic mindset in order to further their own agenda. This is where Aristotle saw the need of rhetoric, since its aim should be (at least in its Aristotelian form) to investigate and explain how ambiguities and equivocities might be used in the fields of politics, law, and morality. And although many rhetoricians have critiqued, reimagined, and expanded Aristotle’s understanding of language and rhetoric, most scholars in the field still to this day maintain this basic thesis: Rhetoric is needed because humans are not capable of fully grasping the functions and effects of language.

To anyone who wants to understand rhetoric, its origins, but also the problems that it deals with, I recommend Aristotle’s Rhetoric as well as Plato’s dialogues Gorgias and The Phaedrus. I have also treated the nature of rhetoric in several of my own texts.